Dalston Superstore and ACT UP London are excited to launch ‘AIDS, SEX, QUEER POWER – a herstory of Act Up London’ – a documentation of the last 30 years to celebrate World AIDS Day 2019. We would like to invite you to our private view and launch party, featuring DJs and speakers from Act Up London.

Through grief, love, lust, rage and the desire for a world beyond pharmaceutical greed, government inaction and cuts to health services ordinary people across our city have confronted the HIV epidemic. 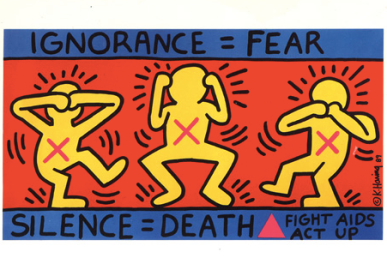 Much progress has been made but there is still a long way to go. Our exhibition celebrates the courage of our community to honour the dead and celebrate the living. We choose to recognise ‘Herstory’ rather than ‘History’ to challenge how power maintains itself.

Today the NHS is under attack and the Hostile Environment targets the most vulnerable in our community. Just last week Anthony Browne the former aide to Prime Minister Boris Johnson said ‘African immigration has overtaken gay sex as the main cause of HIV in Britain’ . With bigoted comments like this Government’s Hostile Environment that regularly detains HIV+ migrants without access to medication – want us turn against each other and hide away in fear – but Dalston Superstore, ACT UP London and LGBT+ and healthcare movements won’t let it happen.

‘Doctors should never become border agents, all patients should be treated equally and healthcare is a human right for all. ACT UP! FIGHT BACK! UNTIL THERE IS HEALTHCARE FOR ALL!’

ACT UP London is a diverse, non-partisan group of individuals united in anger and committed to direct action to end the HIV pandemic, along with the broader inequalities and injustices that perpetuate it. Remembering that HIV & AIDS is foremost a political crisis, as well as a medical emergency, we will use every means possible to call out and contain this pandemic. 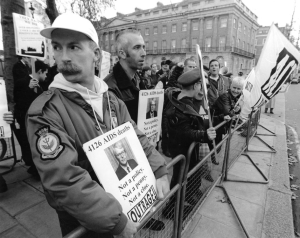